In 2015, the City of Poway applied for and received, a tire-derived product grant from the California Department of Resources Recycling and Recovery (CalRecycle). The project's goal was to replace turf and landscaping at City right-of-way's and facilities that were severely impacted by the 2013-2016 drought. In total, the City received $61,080 in funding from CalRecycle, and was able to use the money to purchase rubber mulch in order to alleviate some of the impacts of the drought. The City used this product at fifteen project sites and diverted 21,450 tires from California landfills. 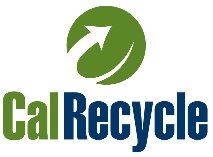