Join us for a 1-hour interactive meeting and participate in developing a blueprint for future landscape improvements along Twin Peaks and Espola Roads. View concepts under consideration for a landscape master plan and share your input on what features matter most.

Both meetings will be held in the City Council Chambers located at 13325 Civic Center Drive, Poway, CA 92064.

A Landscape Maintenance District, or LMD, is an area identified to provide benefiting property owners the option to pay for enhanced landscaping, and other improvements, and services beyond those generally provided by the City.

Under Proposition 218, the City cannot raise assessments to meet the rising costs without a vote of all parcels that receive what the State terms a "special benefit" from the landscape improvements. An independent engineering review is needed to determine which parcels receive special benefit from the existing landscape improvements. By law, the City cannot simply raise the assessments of those currently assessed.

In March 2018, properties in two LMDs facing critical budget shortfalls received ballots to create re-engineered landscape maintenance districts. The ballot measures to restore and improve service levels received a majority protest and therefore failed to create a re-engineered district. Moving forward, properties in LMD 83-1 and LMD 86-1 will continue to be assessed at their current rate.

In April 2019, commercial properties in LMD 87-1 (within the Poway Business Park) received a ballot to address the funding shortfall and establish an annual consumer price index (CPI). The ballot measure was successful, and the commercial properties were detached from LMD 87-1 and annexed into the re-engineered LMD 19-1 with an annual CPI not to exceed 3 percent. The purpose of the CPI is to keep the current service level and reinvest in landscaping and maintenance. (Click on the 87-1 image below for information on the vote in that district and a link to the current engineer's report, which outlines the district's budget.) 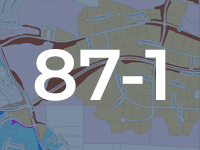 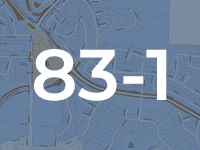 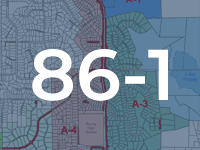